#3. Get the VM and new managed OS disk

#4. The VM should be stopped and deallocated

This is a screen shot of the initial OS disk used in the VM ‘DemoOSSwap-2016‘: 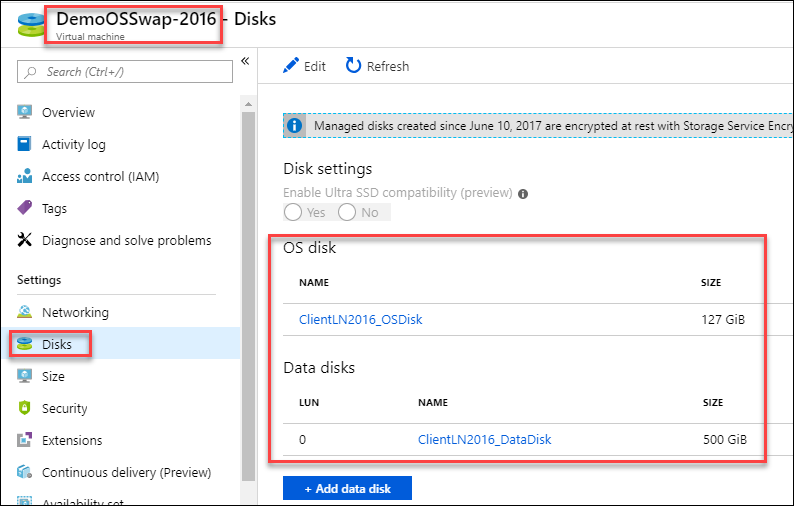 This is the swapped OS Disk in the same VM: