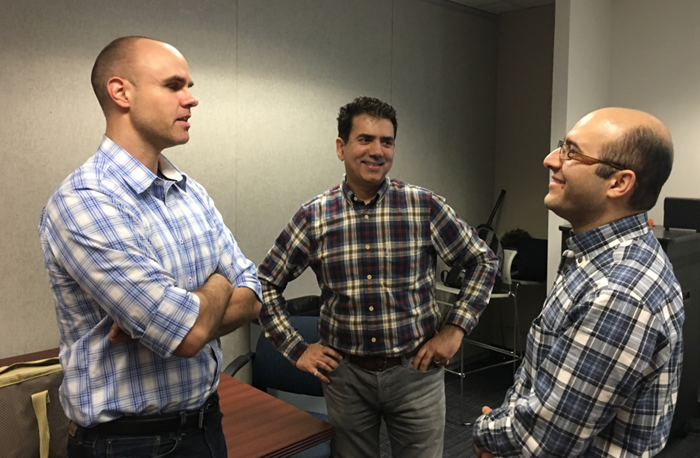 Richard, Obi and Ehsan chatting before the start of the Lightning Talks presentations.

A great turnout for Lightning Talks!! 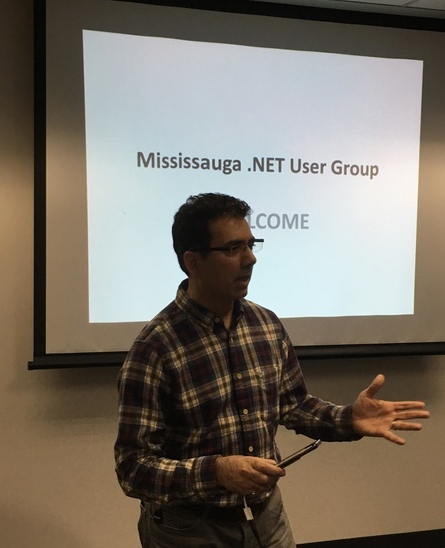 Obi starting off the night with some UG news and a introduction to the Lightning Talks. 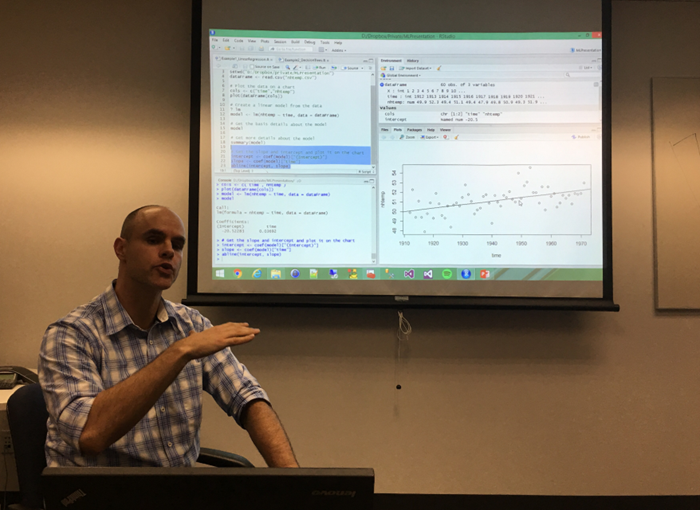 Ehsan presents an interesting talk on “Exploring ASP.NET Core with Docker in Linux”.

Kumar Venkateswara presenting on his topic of “The landscape of Big Data Technologies”. 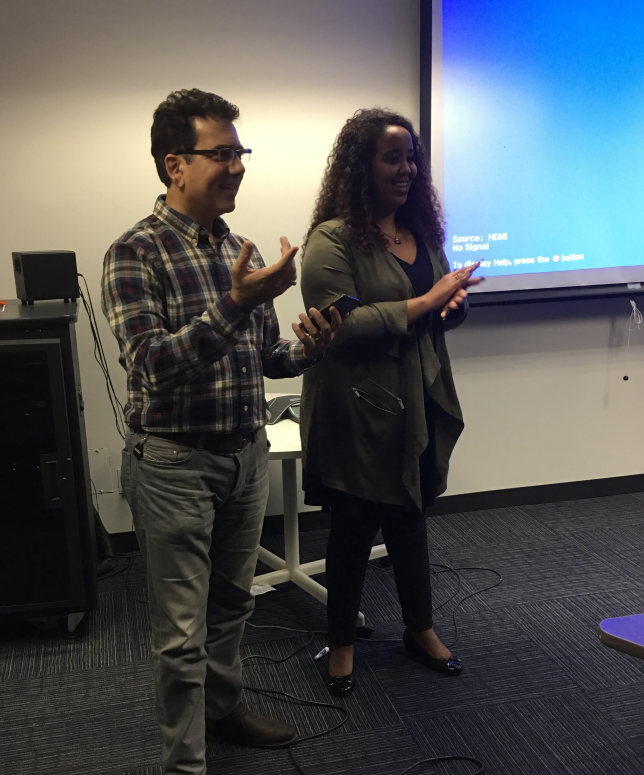 Obi and Kafia wrapping up the night with prizes and final words. 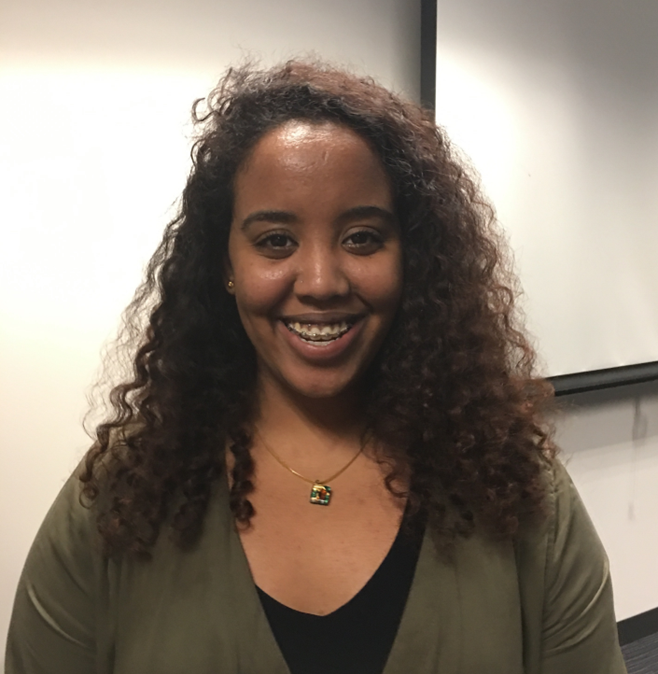 Kafia is a quiet but important part of the success of the UG.