Working in Hyper-V before moving all of our resources from physical servers in datacenters to Azure IaaS or PaaS, we regularly took new snapshots of Virtual Machines (VMs) before testing major development changes, adding Windows updates, testing new application settings etc., to allow us to easily revert to the previous state of the VM if desired. In Azure, snapshots are taken of the virtual disks (vhd), not the VM instance itself. Snapshots are full, read-only copies of the vhds. A new VM is created with new managed disks created from stored snapshots of OS data disks; data disk snapshots are turned into managed data disks and then attached to a VM.

An Azure snapshot of a data or operating system (os) vhd can be used:

Take a vhd snapshot with PowerShell:

1. #Login to AzurePortal in PowerShell and select subscription

3. #Get the VM of the managed disk

4. #Create the Snapshot Configuration – (for the osDisk or for dataDisk(s)

The new snapshot ‘2016DemoSnapshotOS‘ is now showing in the list of Snapshots available in the Azure account: 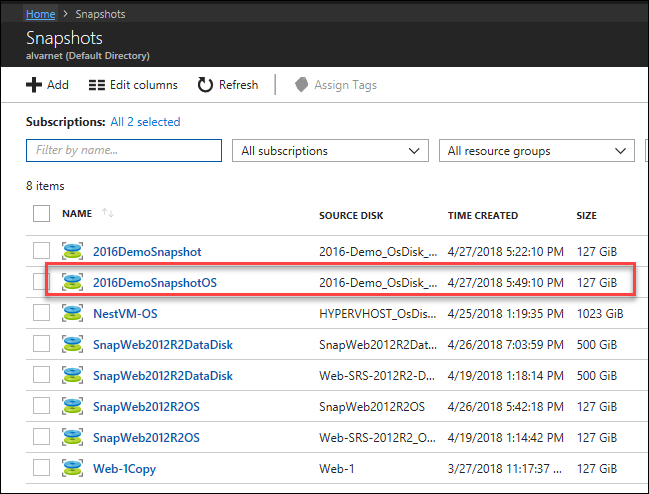